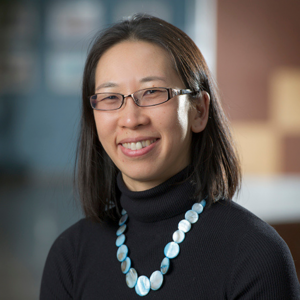 Gay Yuyitung is the Acting Director at The Forge and Executive Director of McMaster Industry Liaison Office (MILO). Gay has negotiated license agreements to transfer technology from the university to both large multinationals, as well as small and medium sized enterprises. Gay has also represented the university on the board and provided management support for several McMaster startups and not-for-profit organizations, including ProSensus, Turnstone Biologicals, and Triumvira, as well as the Centre for Probe Development and Commercialization (CPDC). She assists faculty and companies with obtaining government grants or seed investments to support commercialization. Prior to joining MILO, she has had experience with marketing at MDS Nordion and price reimbursement at Eli Lilly. Gay has her PhD in chemistry from the University of British Columbia and an MBA from McMaster.