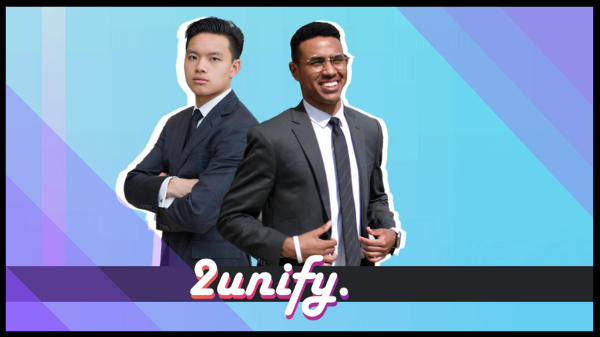 September has been a month filled with achievements for 2unify, offering the world’s first hands-free robotic guitar tuning stand, tuning any 6-string guitar in under 20 seconds with an accuracy of two cents. The Forge client placed third in the Entrepreneurship World Cup pitch Competition (EWC) Canadian National Finals, their co-founder Michael Jobity was named a Top Talent Under 25 in the category of Innovation, and they filmed their pitch for Dragon’s Den this fall.

On September 10, 2unify pitched in the EWC Canadian finals with eight other finalists to a panel of industry-leading judges and a live online audience. 2unify won the hearts of the viewers and judges, placing third place. The EWC is one of the world’s largest and most diverse pitch competitions featuring the next generation of entrepreneurs, with 175,000 entrants applying from 200 countries.

“Competing in EWC was a very humbling experience,” said Mitchell Wong, co-founder of 2unify. “Seeing all the amazing startups that are driving Canadian innovation is inspiring. It feels incredible to be in such a strong ecosystem.”

“It was a thrilling experience to be selected as finalists for Canada in the Entrepreneurship World Cup,” said Michael Jobity, co-founder and president of 2unify. “There were so many countries involved in this competition and we were very humbled to pitch alongside global innovators.”

On September 15, Michael Jobity received a Top Talent Under 25 award in the Innovation category. A total of 40 awards were given out to applicants around the globe under the age of 25, with a total of 721 applications received from 45 countries.

2unify has also completed the filming of their pitch for CBC’s Dragon’s Den Season 15 this fall. The hit television show offers audiences a front-row view as the country’s top business moguls wheel and deal with entrepreneurs who dare to enter the Den.